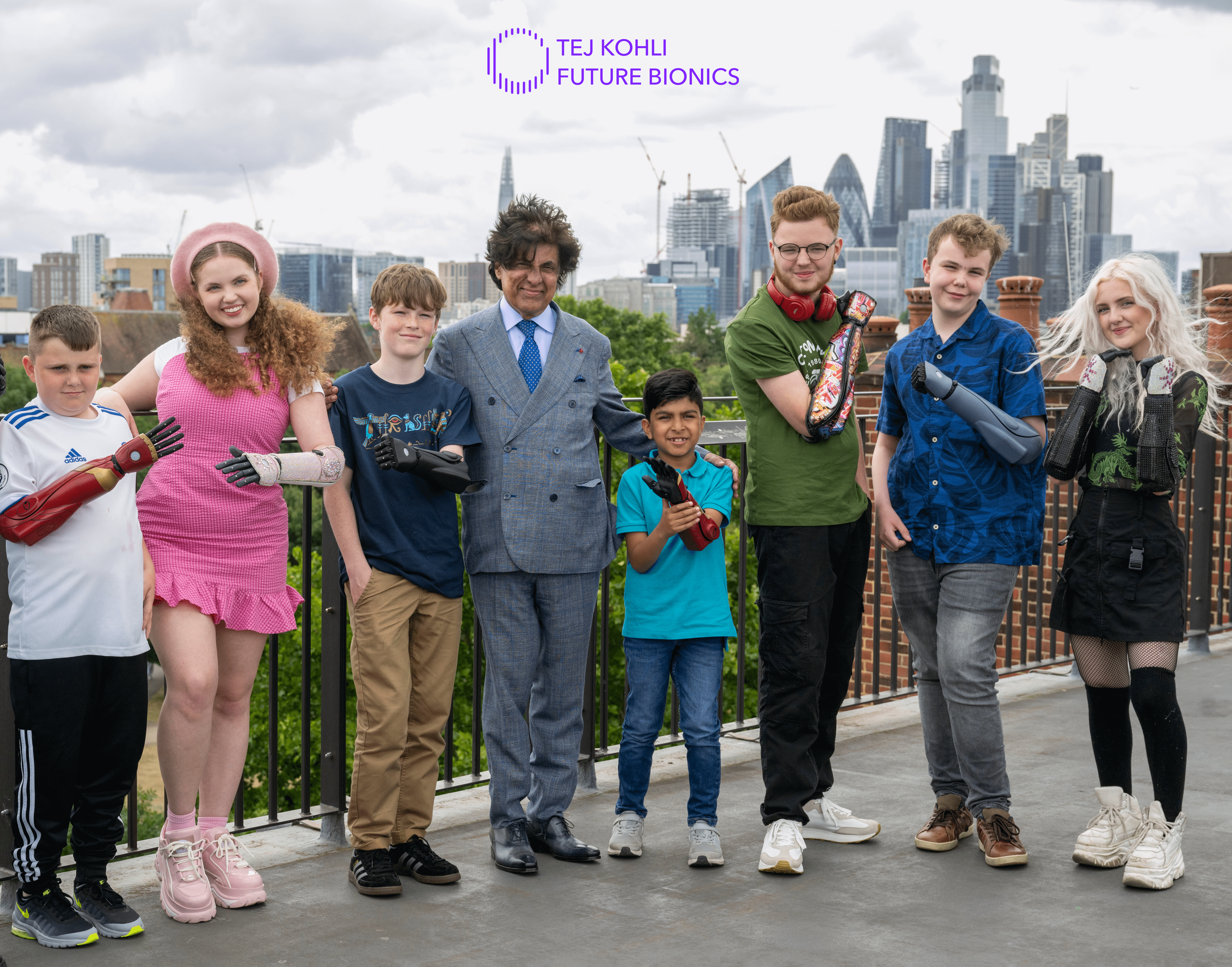 The Tej Kohli Future Bionics program funds bionic arms for British children from Bristol-based robotics pioneer Open Bionics. Open Bionics is building and developing the next generation of low-cost bionic limbs that turn disabilities into superpowers. The program highlights how technology can substantially improve the lives and confidence of young people living with disabilities. It aims to inspire and influence others to follow this lead.

The Open Bionics ‘Hero Arm’, which can be controlled with the electrical signals generated by a user’s muscles, has superior multi-grip functionality that enables users to perform many more everyday activities compared to traditional prosthetics. The enhanced ability of the user to be able to personalise their 3D-printed Open Bionics Hero Arm is also a huge boost to mental well-being and to perceived social acceptance.

Read about the launch of the Future Bionics program

Young People We Are Helping

19-year-old Gracie is a talented performer and actress. Living with her mum in West London, she was born without her arm beneath her left elbow. Not letting this stand in her way, Gracie has gone on to perform in theatre productions and appear in television advertisements. Now, with her Hero Arm, she will be able to push the boundaries to even more success.

To learn more about Gracie, check out her story on YouTube.

Jacob was born without his right arm as a result of amniotic band syndrome. All Jacob has spoken about for the past month is the Hero Arm, and his father David is “completely overwhelmed” that Jacob has been selected for a donation and claims that it will “change Jacob’s life”. 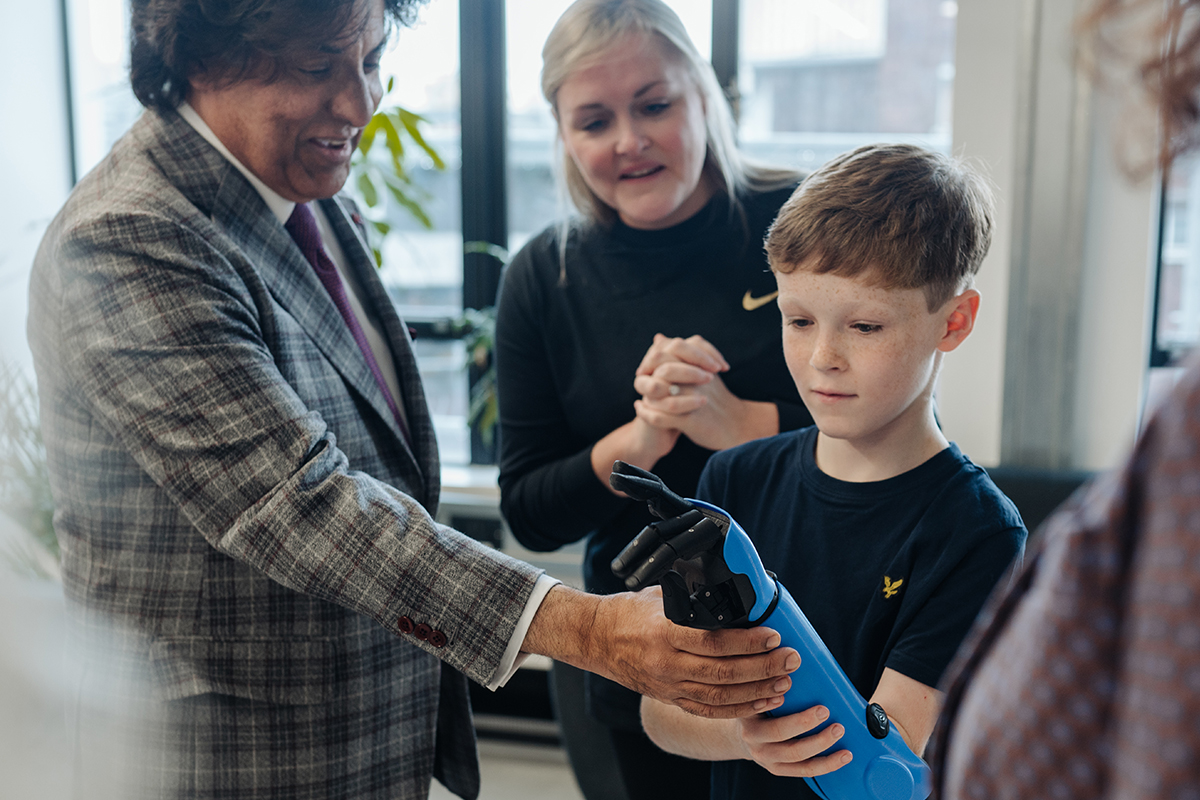 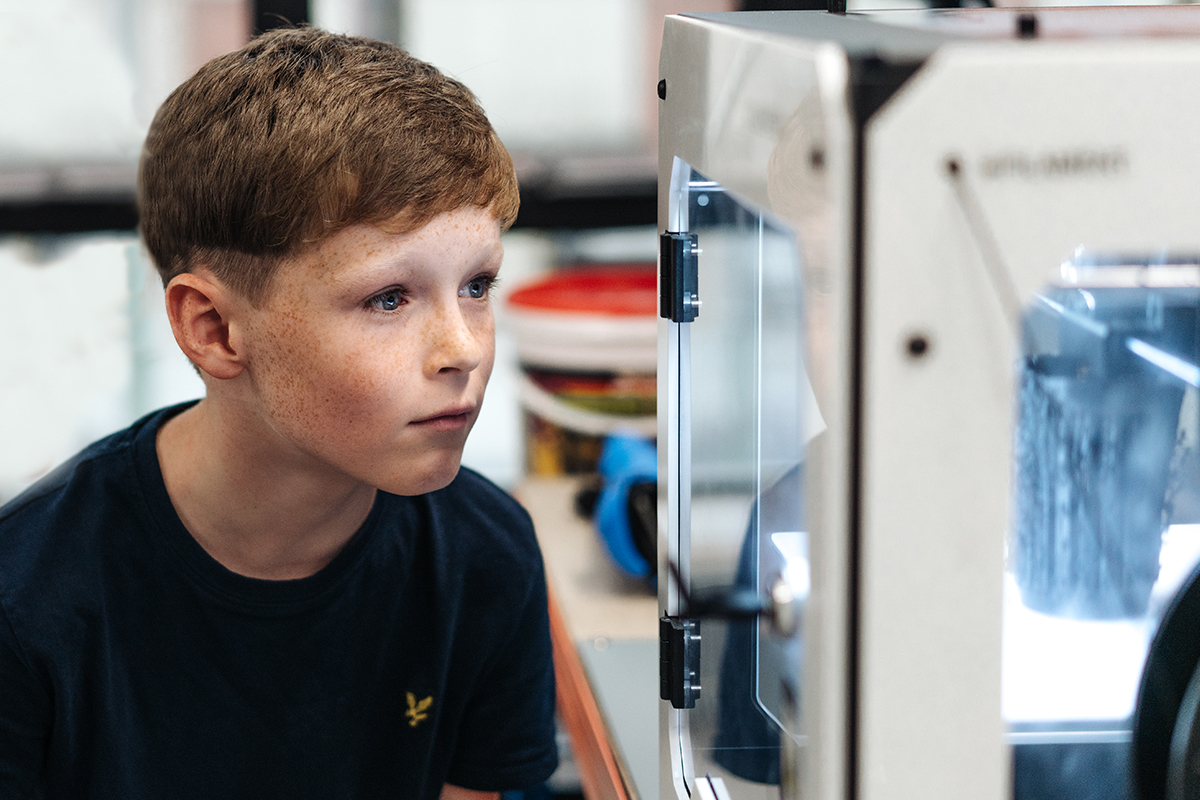 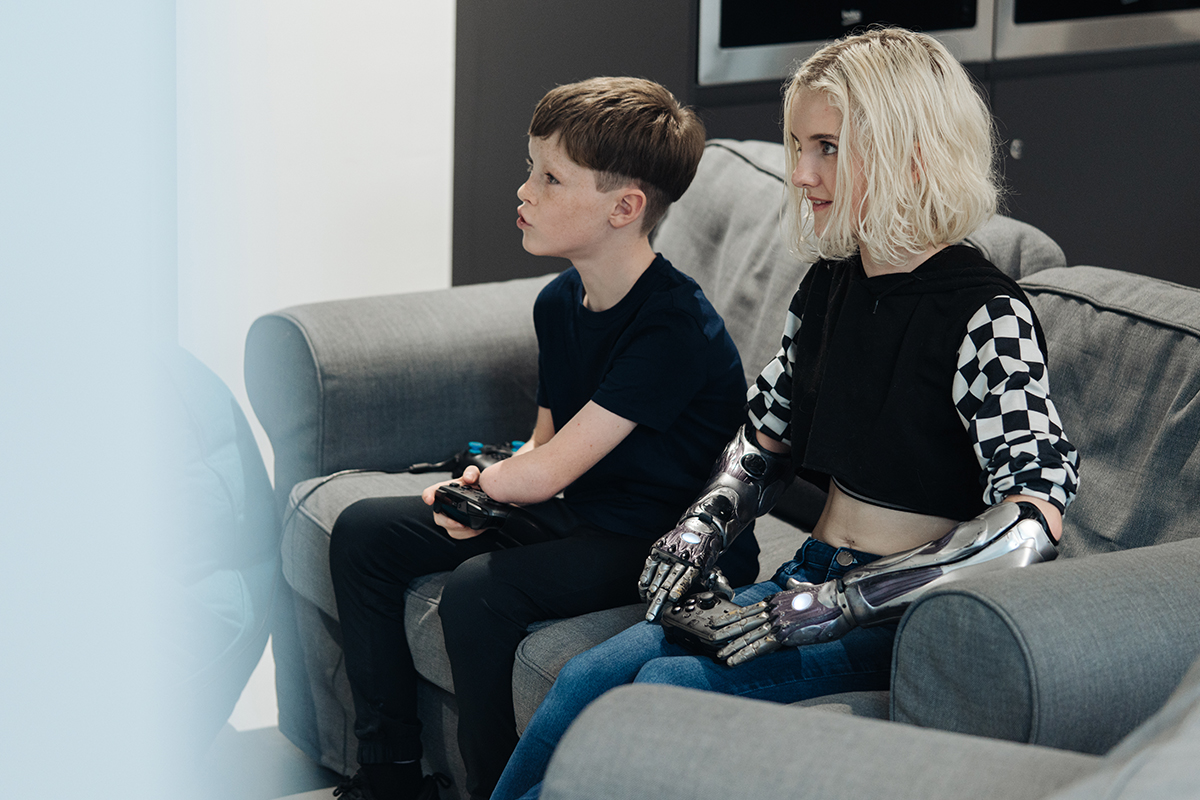 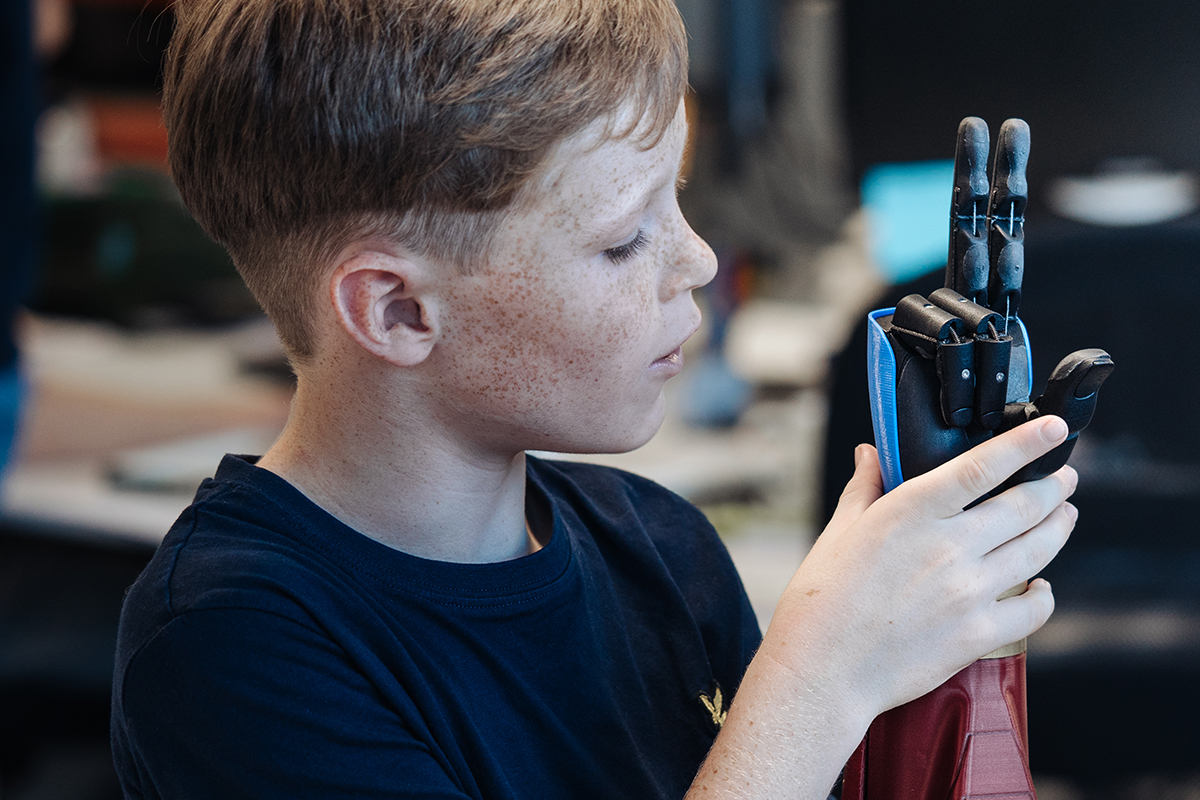 16-year-old Alan from Swansea lost his hands at the age of three following a rare infection. After he was born, it was found that he had a heart defect which led to having over 40 operations to correct it. During one of those operations, Alan caught an infection which led to amputations. Doctors went on to inform his mother that he might not pull through, however he recovered each time. Since being given the Hero Arm he is able to cut his own food, write at school and play with is pet dogs.

Jacob is 15 and is more conscious of his self-image and wanted to feel as “near normal” as possible. Jacob also has autism and is obsessed with robots and transformers. He wanted to make a statement that he is proudly different, but also to have a functioning arm that would enable him to perform more everyday tasks. After a challenging two years, Jacob deserved some good luck, and in April 2020 he received his fully-funded bionic Hero Arm from the Tej Kohli Foundation.

10-year-old Billy was born with his right arm shorter than his left and experienced limited mobility due to an upper limb congenital deficiency. He had always wished that his arm would grow back so he could be like his friends and fish with his dad. Now, after being fitted with his Hero Arm, Billy is able to go fishing with his dad Mark and is able to cast his fishing rod by himself. When he was given his Hero Arm he said “it felt like Christmas”.

Harrison is a keen sportsman and plays Cricket, Hockey, Football and Rugby. He is really looking forward to wearing his Hero Arm as he thinks that people are going to be really interested in seeing it. 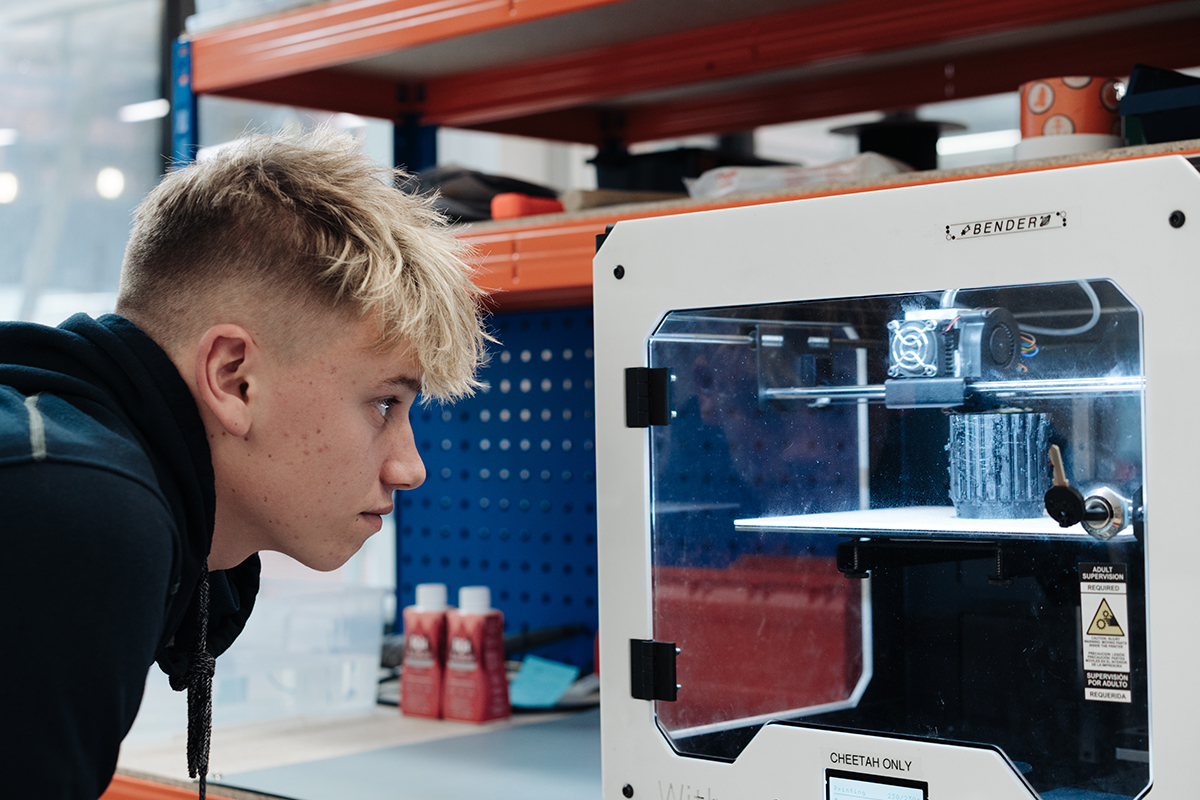 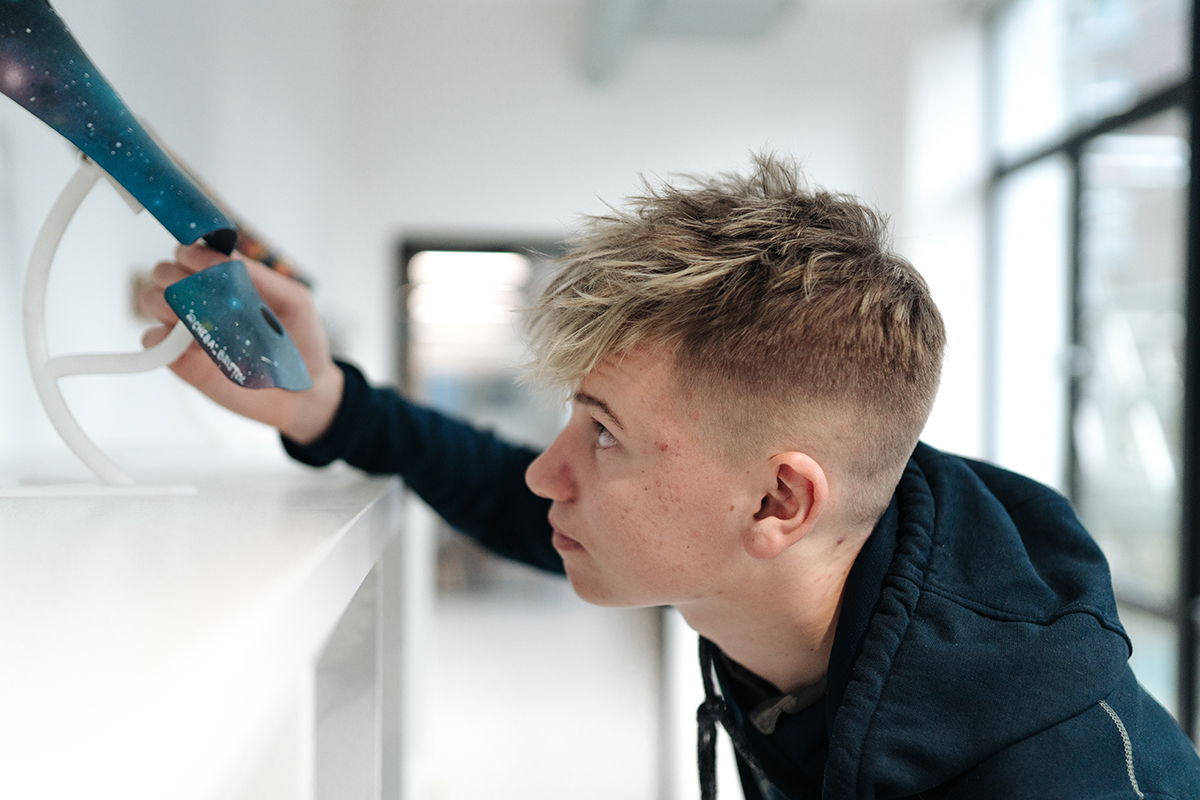 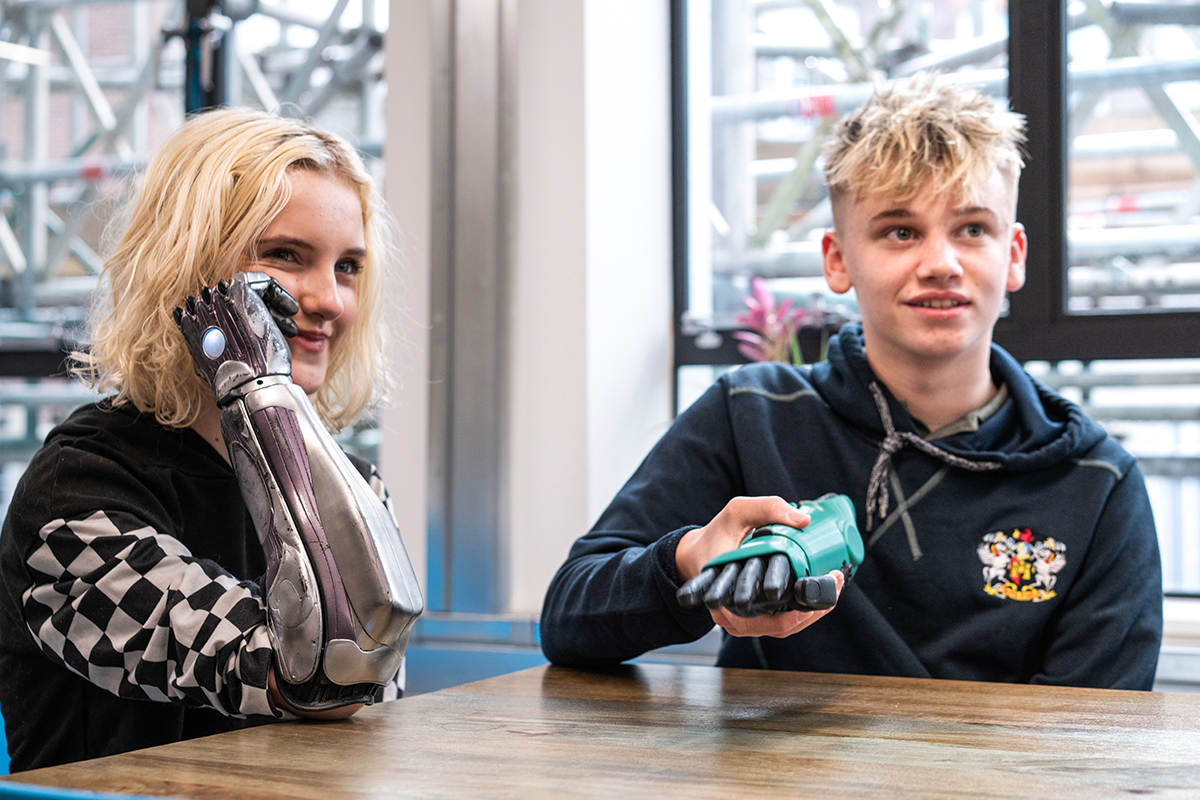 15-year-old Sophie from New Hampshire was born with congenital limb differences. Sophie had previously used the traditional myoelectric arms which she eventually stopped as it was very heavy. Sophie is an enthusiastic child and loves to explore cooking. But she always had issues with steadying vegetables and fruits which caused the juice to squeeze out and sore her arm skin. Sophie was part of a clinical trial with the Bionic hero arm, and she really loved using them. After a few years, in September 2020, the Tej Kohli Foundation gifted Sophie with a hero-arm she loved. Sophie is now more independent and confident.

8-year-old Roshan was born with a transverse arrest in his left arm. As to everyone’s surprise, it never impeded his attitude to take on new challenges and adventures. Roshan is an avid swimmer and can play the piano with one hand. Roshan, as his parents say, is an active child and has always found ways to do tasks albeit in a slightly different way.

10-year-old Ronnie from Leeds often worried about standing out at school for being different. He worried about having a floppy sleeve due to being born without the bottom half of his left arm. Since being gifted the Hero Arm he has been able to live his dream of playing archery.

8-year-old Emma is a quadruple amputee living in Aberdeenshire. She lost both her legs, part of her left arm and all the fingers on her right hand to meningococcal septicaemia when she was just two years old. Emma is determined and feisty and has smashed new challenges like riding a bike. She loves watching other children like her on YouTube who has a “cool bionic hand” and on her eighth birthday when she reached the lower age limit, Emma received the world’s first multi-grip bionic arm for children from the Tej Kohli Foundation.