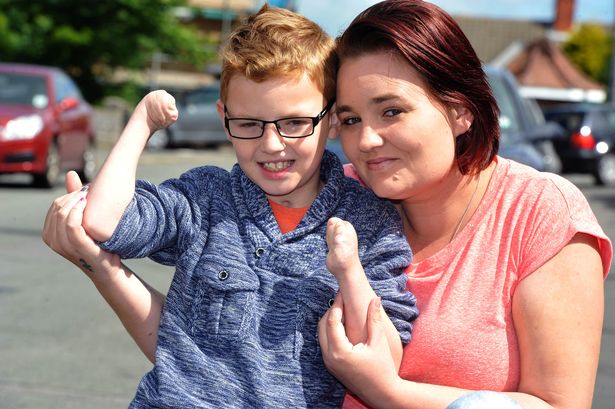 15-year-old Alan received his new bionic Hero Arm for his right hand in April 2021. Alan is an aspiring young man from Swansea, Wales, who has dreams and aspirations similar to those of other young men of his age. 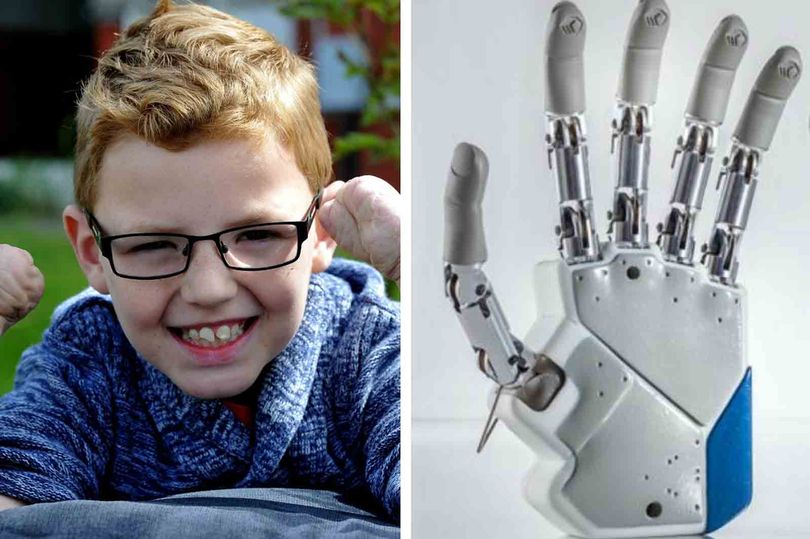 Alan was born with a congenital heart defect and had 40 surgeries performed. At the age of 2, he had a major open-heart surgery operation, and in the aftermath, he caught a rare infection. The fingers on both of his hands turned black due to lack of blood circulation. In order to save Alan’s life, doctors had to amputate and remove both of his hands. 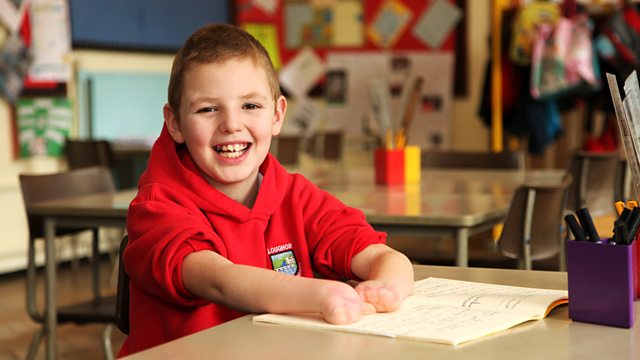 Speaking to the Express, Alan’s mother Hannah said: “We were told three times that he wasn’t going to pull through, which was devastating. The whole family came down to his bedside to say goodbye, but each time he pulled through and got stronger and stronger. But we always knew that his hands couldn’t be saved, so we had to come to terms with that. The most important thing was that he survived. It seemed like a miracle when he was finally able to come home again with us.”

Because of the loss of his hands, Alan was unable to enjoy most of the activities that a youngster might do, like riding a bicycle. But he has been triumphant and succeeded in many other trials of life, and has been nominated for several awards in recognition of his courage. 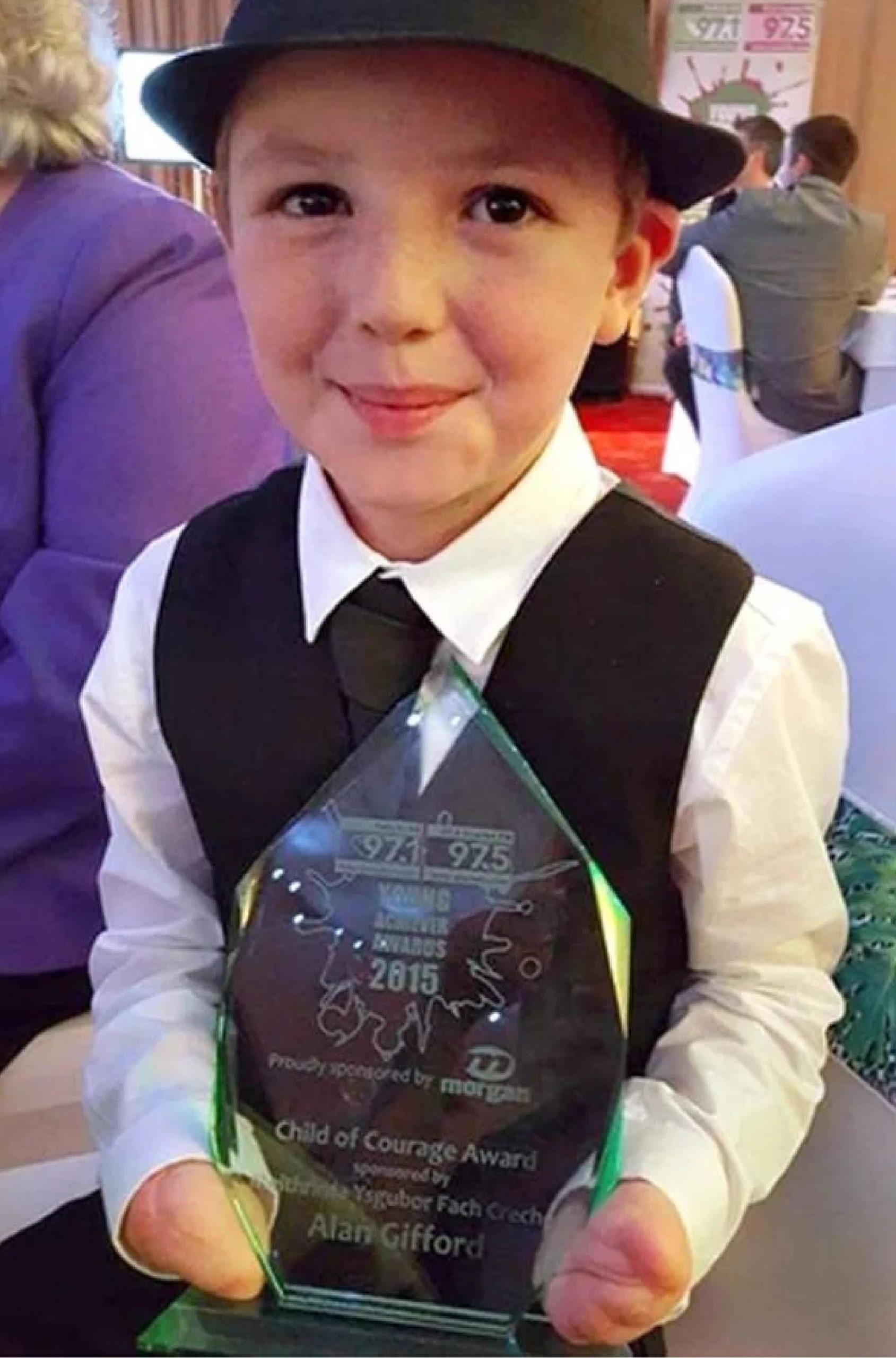 Alan had struggled with the NHS prosthetic limbs for several years as they were heavy, with no grip. In 2021 Alan received his bionic Hero Arm from the Tej Kohli Foundation, which is funded by philanthropist and businessman Tej Kohli. The 3-D printed Hero Arm was first of its kind to be clinically approved and was developed by Bristol-based Open Bionics.

Upon receiving the news that Alan was going to receive a Hero Arm, his Mum Hannah said: “This is incredible news and we are so grateful as we have never had financial support to this degree before.” 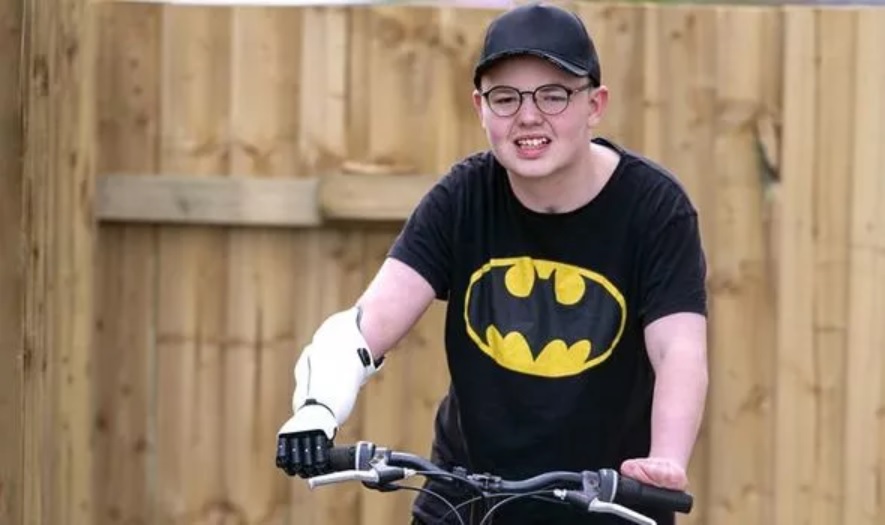 With the new bionic arms, Alan is more confident, determined and independent with performing daily tasks. “Alan is finding it much easier to do things now. He has always longed to ride a bike. Now he can grip the handlebars – it’s so much better. He’s thrilled to be able to get on a bike like other lads his age” says Alan’s mum Hannah to the Express.

2021 marked the one-year anniversary of the #FutureBionics program. The project has been successful in giving confidence, independence and new life to young people like Alan.