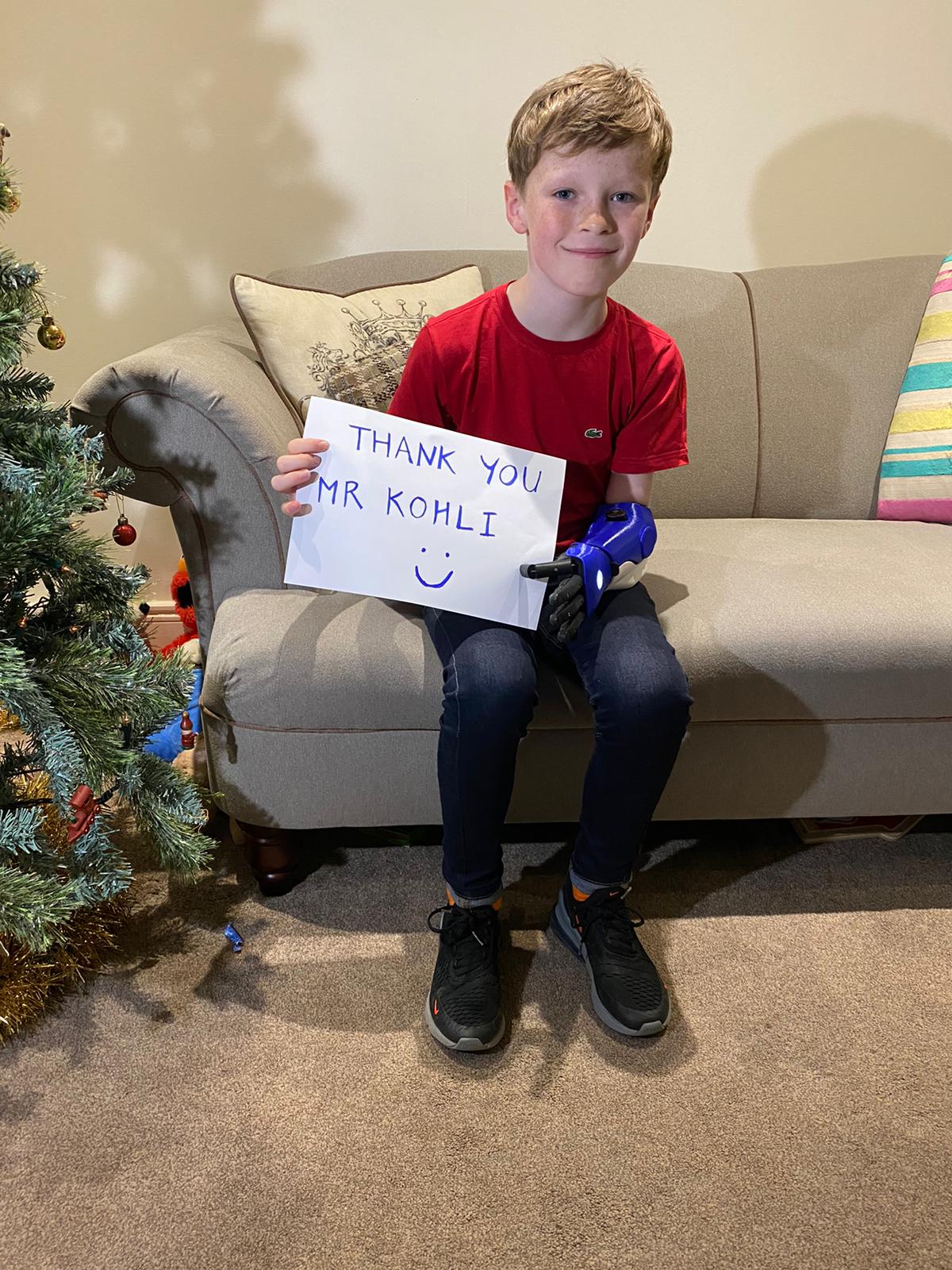 Jacob from Lancashire was 10 years old when he received his new bionic arm. An aspiring guitarist and a keen rugby player, Jacob was born limb different because of amniotic band syndrome. But this never stopped him from taking on anything! Jacob plays for a rugby club in Blackburn and is very proud of it.

After years of struggling with an NHS prosthetic limb, in December 2019, Jacob received a Christmas gift from Tej Kohli at the Tej Kohli Foundation in the form of a bionic ‘Hero Arm’. The 3D-printed Hero Arm is the first clinically approved prosthesis in the UK and is highly regarded for its precise and delicate movement. It was developed by Bristol-based Open Bionics.

Shortly after receiving his new bionic arm, the Tej Kohli Foundation arranged for Jacob to fulfil one of his dreams by becoming a mascot for the England Rugby Team during a Six Nations match at Twickenham. Jacob showed his bionic arm to UK Prime Minister Boris Johnson and got to meet his Rugby heroes before walking out onto the pitch with them.

Speaking to the Daily Mail about receiving a Hero Arm, Jacob’s mum Katherine said: “We couldn’t believe it. It was like a dream come true for Jacob. He has managed to adapt to not having a left arm, but this Hero Arm is going to massively help him. His NHS arm was heavy and made his arm tired, so he didn’t like wearing it. But he thinks this is wonderful to wear, and so much more comfortable – it’s like having a hand for him, rather than just a grip.”

“Jacob can control the fingers with the help of the muscles in his upper arm and he feels like the arm is a part of him, compared to the NHS arms which were a lot heavier,” says Jacob’s dad David speaking to The Telegraph.

In early 2021 the Tej Kohli Foundation marked the first anniversary of the #FutureBionics program. Jacob continues to play rugby with his bionic arm, and it has also helped to increase his confidence. Marking the one year, Jacob’s Mum Katherine said to PR Newswire: “Jacob was interested in learning the guitar when he was in primary school, but was told that it wasn’t practical. He was very upset. Now with his bionic arm, he is finally learning to play the guitar. Jacob’s motivation and confidence have grown beyond belief this year and he is very thankful to the Tej Kohli Foundation for bringing a bright change to his life.”